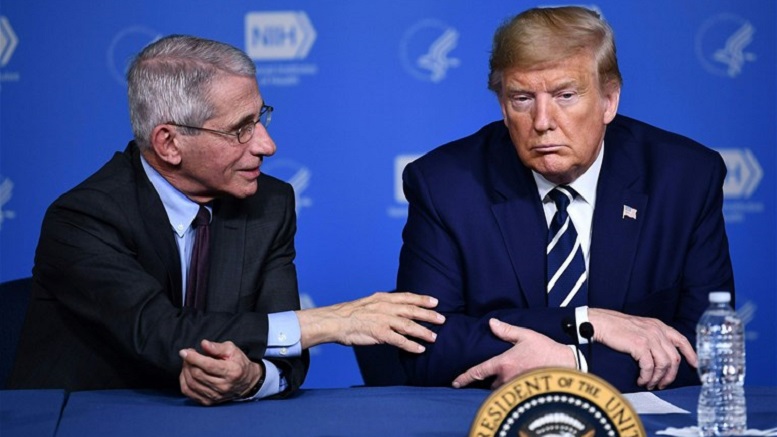 (The White House) President Trump unleashed a furious tirade today against the latest entity he claims is out to get him – the discipline of mathematics.

“When you add two positive numbers together you always get an even bigger number. So unfair!”

This is not the first time a Republican President has claimed to be attacked by math, with George W Bush famously attacking ‘fuzzy math’ for holding a grudge against him. But Trump claims simple arithmetic has been even more unfair to him.

“Math has never treated anyone so badly.”

Trump has demanded that math be replaced by a new method of numerical calculation that is less obsessed with making him look bad.

‘Patriot math’ is expected to be rolled out just in time to compile COVID-19 deaths at hospitals nationwide, which are now required to send their numbers to the Trump administration instead of the CDC. Jared Kushner, who is in charge of developing the new system, promised to make numerical operations great again.

“It won’t be the same old boring addition, that’s for sure.”

Kushner will take as his starting point a system developed by his father-in-law during his former life as a businessman which he used it to calculate how much he owed contractors who worked for him. Kushner said the beauty of that system was it’s simplicity.

“No matter what numbers you input, it always comes up with the same answer.”

1 Comment on "Trump Claims Math Has Treated Him Very Badly"