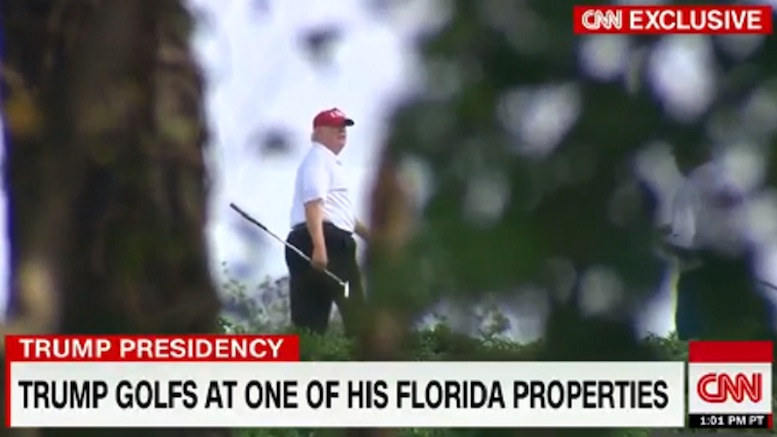 In another exclusive CNN reports that the Sun rose this morning.

President Trump has hit back against critics who say he spends too much time playing golf instead of governing the country. Speaking at the 18th hole of his luxury Mar-a-Lago course, Trump said golf provides him time to think which ultimately allows him to do his job better.

“If it wasn’t for golf I may have condemned those White Supremacists at Charlottesville in a knee-jerk reaction instead of coming to realize there are good people on all sides.”

In addition to improving his performance on domestic matters, the reflective mindset playing golf affords him aids the 45th President in formulating his foreign policy.

“I didn’t come up with ‘Little Rocketman’ in a busy White House with lots of advisors trying to get my attention, believe me.”

Far from accepting the charge that he is one of the laziest people ever to occupy the Oval Office, Trump insists his administration would not be nearly as successful as it is without his favorite activity.

“Without golf I wouldn’t be able to divide the nation like I’m supposed to anywhere near as well.”