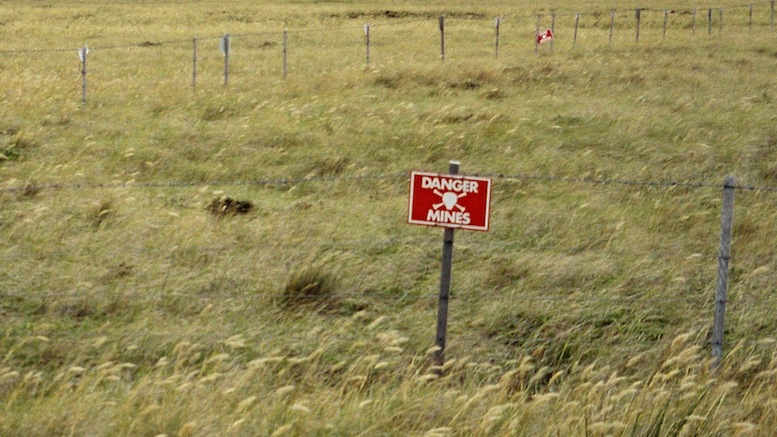 In his biggest climb-down to date, even bigger than his reversal on separating families at the border, President Trump today agreed with his critics that his border wall was expensive, impractical, and bad policy.

“All you need to defeat it is a ladder – what was I thinking?”

Despite it being the cornerstone of his successful election campaign and something he has pushed hard for in office, Trump has decided that a wall and even high fences have no place at the US border.

“In fact I have even ordered that the stretches of wall that already exist be pulled down.”

He says he came to realize his folly during a follow-up conversation with North Korean leader Kim Jong-un, who casually remarked how effective mine fields were at deterring would-be defectors from crossing into the South.

He therefore plans to mine the full length of the border at a fraction of the cost of the wall.

“With a high enough density of mines, people will be deterred from crossing, as as for any that do – Kaboom!”

In a rare moment of humility, Trump conceded that he still had something to learn from other leaders like Kim about the correct way to go about things.

4 Comments on "Trump Concedes That His Border Wall Is Stupid: “Mines are a much better deterrent!”"