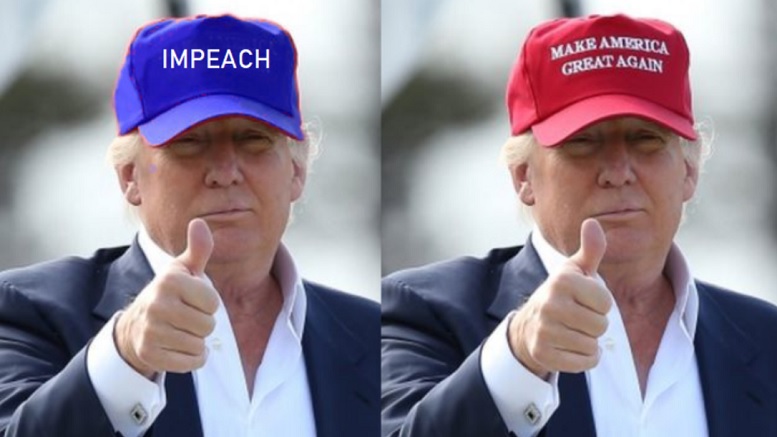 Arguing that the Republican primaries are going to be no fun this time around, President Trump today declared his candidacy to be the Democratic nominee for the 2020 election.

“I humbly ask that you pick me so I can oppose this dumb border wall. So wrong!”

Despite protest from the other declared candidates, Democratic party officials were excited at the prospect.

“It will drive our debate ratings sky high!”

Trump says he has always begun the hard work of crafting arguments as to why Democrats should pick him over other well known figures in the race.

“So far I’ve come up with Sneaky Sanders and Krazy Kamala.”

Wearing a blue hat with the word “Impeach” at his first rally, candidate Trump was buoyant about his prospects of defeating the incumbent were he to prevail in the Democratic primary battle.

“This guy in the White House is a total idiot who spends all his time watching TV – and I would know!”