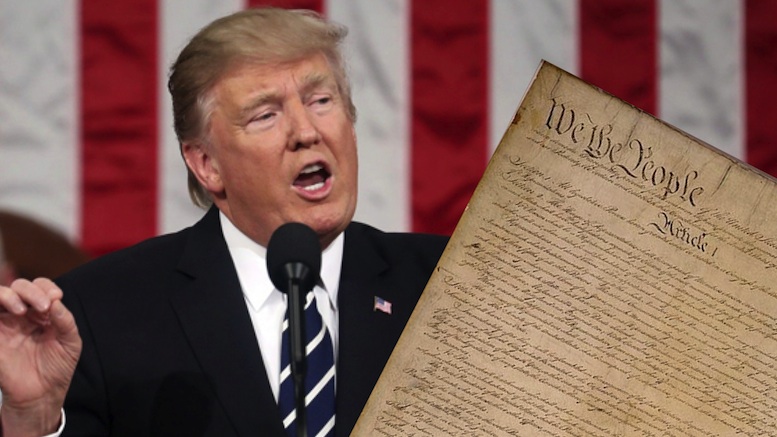 After Rudy Giuliani said that the President absolutely has the power to pardon himself, and shoot whomever he chooses, President Trump joined in by echoing that thought and declaring that the Mueller investigation is unconstitutional.

When confronted with the fact that constitutional law experts believed the President did not have the power to pardon himself, Trump attacked the very foundation of their argument via twitter.

“That Constitution is totally unconstitutional. Sad!”

Trump didn’t bother explaining how it could be unconstitutional, just that it all had to go.

He ended the rant by pledging to write a new Constitution from scratch.

“Folks, it’s going to be the greatest most constitutional Constitution you’ve ever seen. Believe me.”