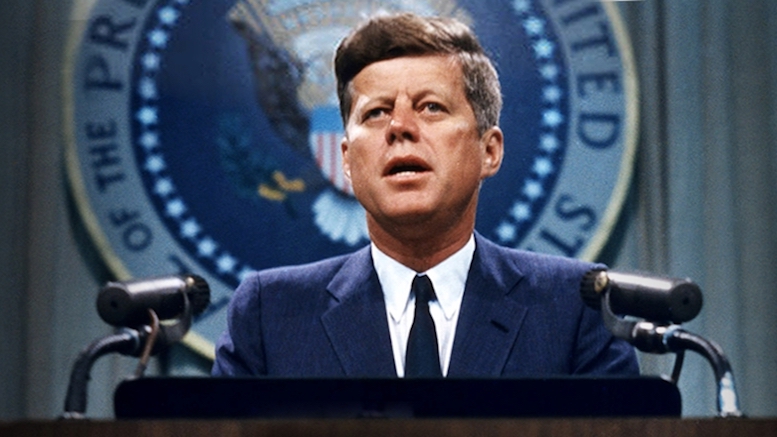 In a shocking revelation, papers just declassified by President Trump relating to the assassination of John Fitzgerald Kennedy while he was in office have identified former Presidential candidate Hillary Rodham Clinton as the shooter ensconced in the Texas book depository on that fateful day.

Clinton, who was a teenager at the time, is described as killing the popular president because she is a ‘really bad person’ who will no doubt grow up to be an extremely ‘nasty woman’. President Trump was quick to convey his disgust on twitter.

“I’m not surprised to find Crooked Hillary was behind this all along. So wrong!”

The freshly released papers, which strangely are written in a childlike scrawl rather than being typed and which contain numerous spelling errors, suggest Clinton will deny being the killer but that’s only because she lies all the time. Lee Harvey Oswald is shown to be an innocent stooge fixed up by the fake news media of the time.

The declassified reports also validate JFK conspiracy theorists who believed there was another shooter present that day on the Grassy knoll, with the second assassin being identified as actor and sometime TV host Rosie O’Donnell.

“Even as a one-year-old Evil Rosie was up to no good. Sad!”