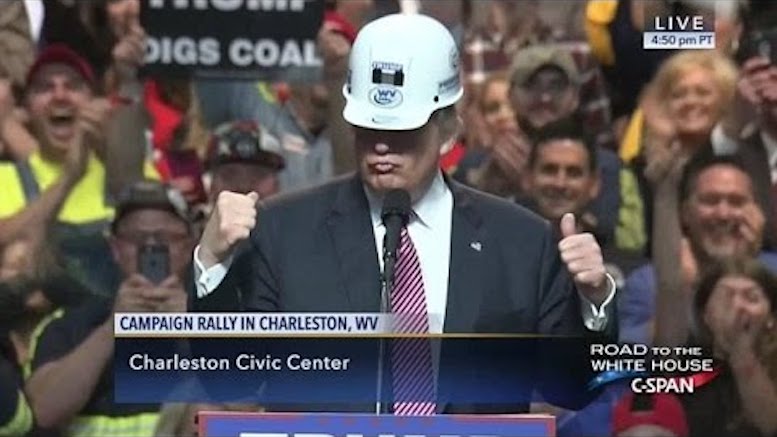 (Charleston, WV) In his favorite state of West Virginia, President Trump’s supporters where cheering his name today for making good on one of his biggest promises to them, giving tax cuts to corporate executives who own private jets.

Though the tax plan is very popular in West Virginia, some of his supporters blame themselves for failing to put the all the legwork required in to reap the benefits.

“He’s gone and done his part of the bargain so it’s time for us to do ours by becoming CEOs and getting rich enough to buy a plane.”

Those who were particularly attracted by Trump’s message about coal are kicking themselves for not paying enough attention at the time to the precise details of his plan and acting accordingly.

“I carelessly assumed he meant he would get me a mining job when he obviously meant I should put the effort in to own the mine or some other part of the energy-producing sector. Watch out Elon Musk because heres I come!”