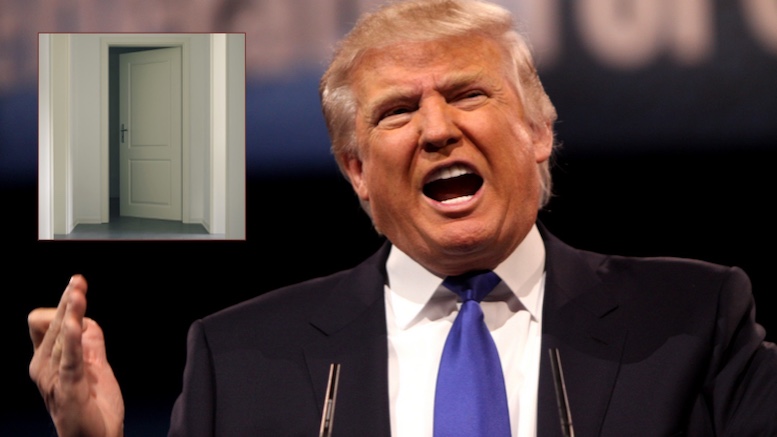 After a number of domestic abuse revelations directly affecting the White House, President Trump today demanded that immediate action be taken to curb this disgraceful epidemic.

“These doors are out of control.”

Though he insisted that all doors are innocent until proven guilty and due process must be followed, he said it’s high time something be done.

“There’s no smoke without fire, or a soup can falling from a high shelf.”

His suggestions to protect women include removing doors altogether if need be.

“Especially double-hinged doors which are the worst offenders.”

The President said there should be no pity for doors that stay silent instead of owning up to their misdeeds.

“The worst part is the way this allows suspicion to fall on good upstanding men.”