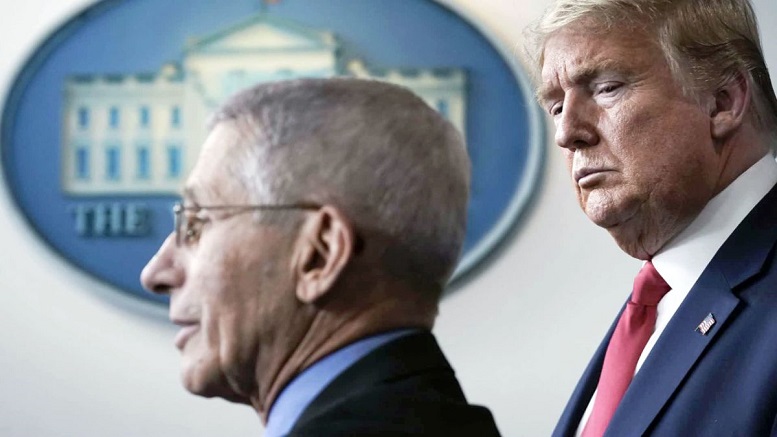 President Trump today challenged Dr. Fauci to produce a birth certificate proving he was born in the United States as he claims to be.

“How do we know he wasn’t born in Kenya, where they don’t even have elements of medicine?”

Trump added that concerns over Dr. Fauci’s origins throw everything about him into question, including if he’s even a real physician or not.

“Just because he passed medical school, completed a residency and treated patients for years doesn’t magically make him a doctor! Where’s the proof?”

Dr. Fauci’s defenders pointed out that he has led the National Institute of Allergy and Infectious Diseases for decades, which he could hardly do if he was an impostor. But the President fired back that that only bolsters his accusations.

“The NIH is obviously a hoax created by ‘Dr. Fauci’ to perpetrate a giant fraud on the American people who just want to enjoy this beautiful pandemic in peace!”

Trump also defended his supporters who say that wearing a mask can cause untold damage to your lungs – much more than any virus.

“Even if it’s in the original wrapping sitting on a table in another room it can still prevent you from breathing. Believe me.”