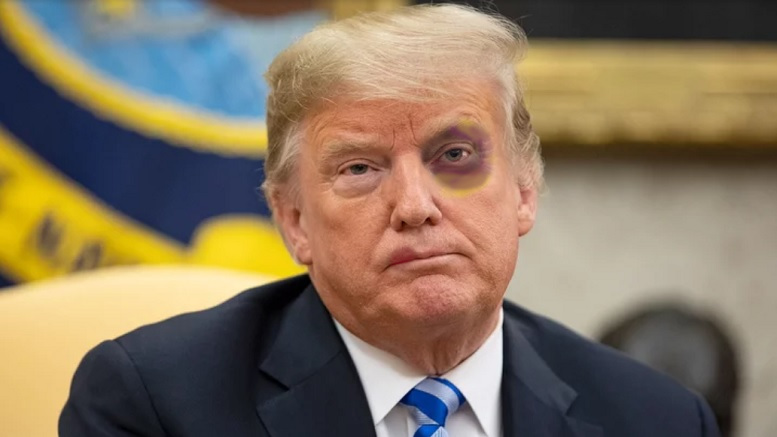 President Trump has demanded that Democrats rally round and immediately fully fund his border wall, after he says he was attacked today as a direct result of their negligance.

“Two ripped Mexicans – I believe they were brothers – beat me savagely today because there was no big beautiful wall to keep them out. So wrong!”

Sporting a black eye and thick lip which he said was definitely nothing to do with opening a box of pringles during executive time, Trump said enough was enough.

“Thanks to our open borders, these criminals were able to cross into the United States, enter White House grounds, break into my private quarters to do this to me while I was watching HBO-I mean working.”

Asked for further detail by the Secret Service, Trump described them as ‘looking rapey and wearing MS-13 hats”.