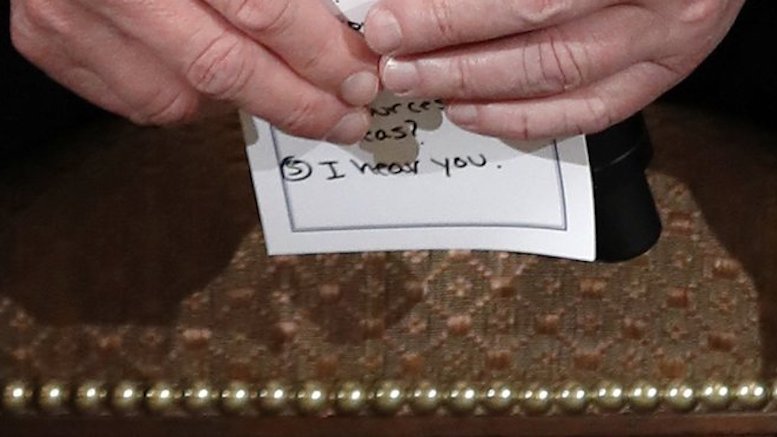 At a meeting with victims of the Florida school shooting, President Trump upped his game to include crib notes that went beyond his usual to include the three word phrase “I hear you”.

Political observers speculated this was because his advisors felt his standard set of two-or-less-word phrases, which include “Sad!”, “Unfair”, “So Wrong!”, and “You’re Fired!”, were inadequate.

Pedantic types noted that “You’re Fired!” is a technically a contraction of a three word phrase, but the President insists that it’s only two words.

The debut of the phrase was not without worry, as aides feared Trump would stop on the second word out of habit.

“While having the President say ‘I hear’ would not be factually wrong according to his last medical exam, it would not send the message we are trying to deliver.”

However the 45th President managed to deliver the complete phrase without incident.

“What’s even more impressive is that it did not have an exclamation point at the end which is not what he’s used to.”