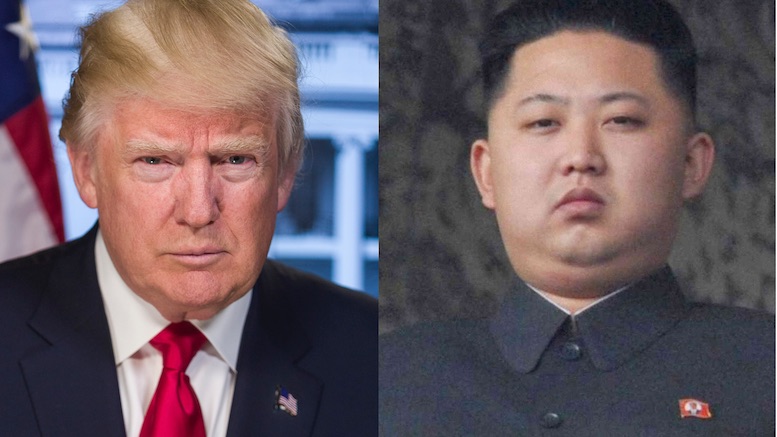 “You can claim you were discussing the Elton John biopic all you want but we don’t believe it for a second.”

Experts say the current situation is reminiscent of 1960s missile crisis, when Kennedy and Krushchev played out a hair-raising game of nuclear brinkmanship.

“It’s exactly like that, except instead of two serious statesmen engaging in the complex geopolitics of missile deployments and strategic alliances, it’s two man-children calling each other names.”

The main concern is that the current situation could get out of control, leading to an insult arms race.

“We could end up with both of these men devoting all their intellect and energy to the task of finding ever more degrading ways to refer to each other. Actually that sounds like a very good thing.”