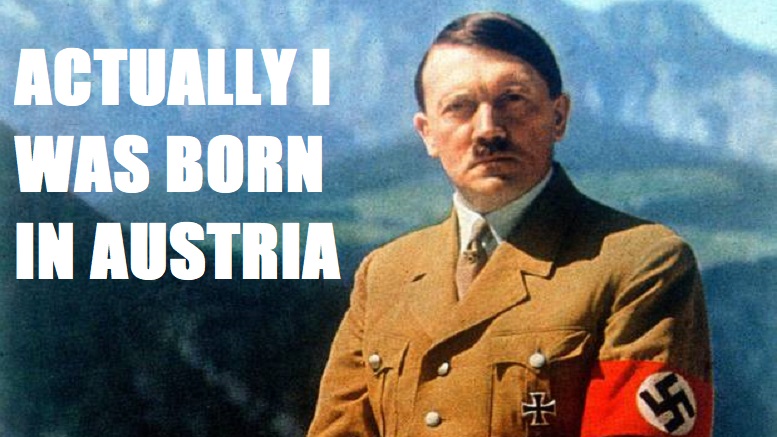 President Trump sought to allay concerns that he is losing it mentally by explaining a recent comment he made that his father was born in Germany when Fred Trump was born in New York City.

“I was talking about my spiritual father.”

Trump said he ‘of course’ knew where his biological father was born, and that he had thought it was clear during the interview he was referring to someone else that he looked up to as a father figure.

“That person, I presumed, was born in Germany, given that he went on to lead that nation.”

Technically Trump still was in error, as the guiding light of his life he was discussing was in fact born in Austria, though it’s a common misconception that he must have been born in the Fatherland proper.

“Now that’s cleared up, can we stop obsessing about my spiritual father’s oranges?”