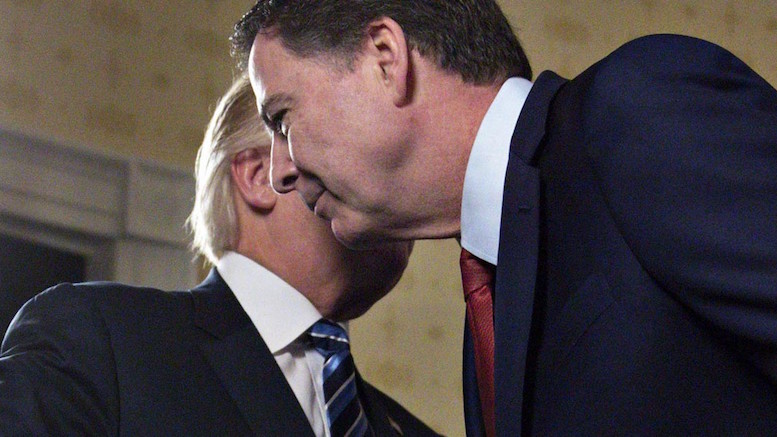 With James Comey’s damning evidence against him now out for all to see, President Trump has defended himself via twitter saying the extensive meetings had nothing to do with obstruction of justice.

“Only met w Comey so much b/c he’s a beautiful sexy man. And I’m gay. So very very gay.”

Trump further said that this explains why he asked Comey for his loyalty, which was uttered in the hopes of a securing a monogamous relationship with him.

“When I thought of that lovely hunk being with someone else I would fall from whatever blind rage I was in about something else into an even blinder rage about that.”

Calls for Comey to ‘let Flynn go’ came about because Trump says he assumed Comey was in a ‘friends with benefits’ arrangement with the former National Security Advisor.

“I kept saying can you let Flynn go, because I wanted James all to myself. Even now I am heartbroken. Can’t you tell?”

Trump added that if it came to it to save his Presidency, he would ‘perform an act’ upon Vice President Mike Pence to prove he was really gay and not making all this up out of expediency.

What is covfefe? Am I covfefe? Can Sean Spicer spell covfefe? If these are the burning questions on your mind then you need to get Covfefe: Prince of Words, A History Of The Most Important Lexical Advance Of Our Time. Amazon reviews always appreciated.