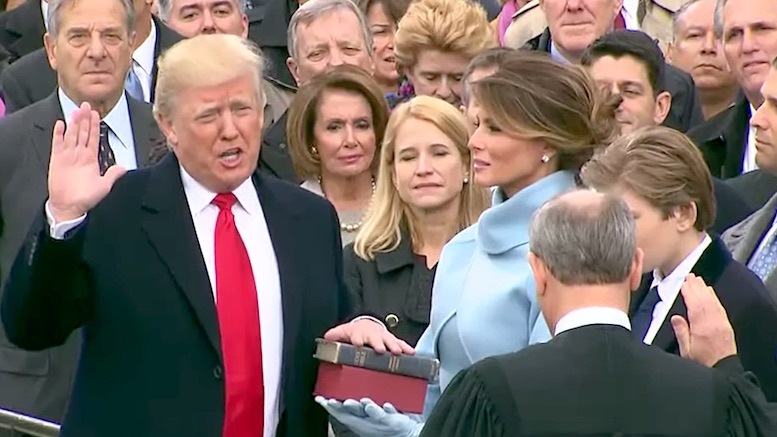 Only weeks into his first term President Trump is already making good on his campaign promise to put America, Syria, Afghanistan and the Korean Peninsula first, with airbases bombed, never-before-used weapons deployed, and a nuclear task force assembling in the Sea of Japan.

Many voters in the 2016 election were sick of interventionist Presidents who thought America’s role was that of the world’s policeman, and feared Hillary would be more of the same.

But Trump’s message of stepping back and focusing exclusively on the United States, Syria, Afghanistan, North Korea and maybe a few other countries or even a whole lot more resonated with blue collar workers sick of suffering economic hardship while the wider world benefited.

The only drawback of Trump’s narrow focus on putting only a few dozen countries first is that infrastructure development and jobs growth will have to be sacrificed for at least one country.

Be the first to comment on "Trump Follows Through On Promise To Put America, Syria, Afghanistan & Korean Peninsula First"