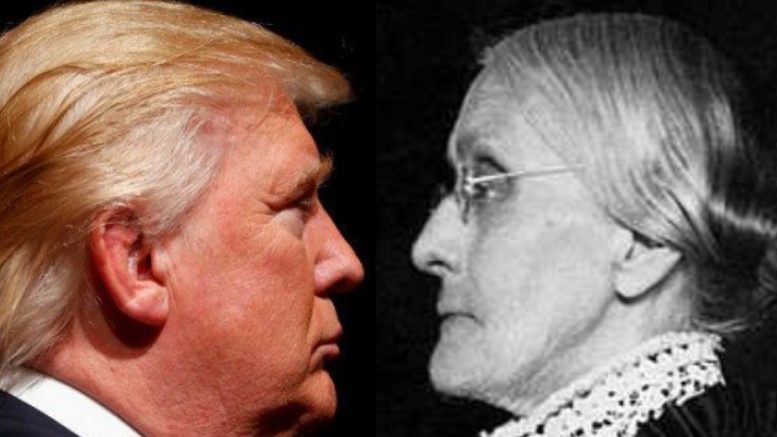 During a ceremony commemorating the 100th anniversary of the 19th Amendment’s ratification granting American women the vote, President Trump said he will pardon women’s suffrage leader Susan B. Anthony who was convicted of illegally voting in 1872.

“It is important that we treat everyone equally and fairly in the electoral process – which is why I also pledge to suppress all vote by mail and not just lady vote by mail.”

However a cloud hung over proceedings due to what President Trump perceived at a lack of gratitude when the famed suffragette failed to attend the White House ceremony or convey thanks of any kind.

Trump said in future he would stick to only pardoning people who knew how to show their appreciation.

“Roger Stone is still expressing his heartfelt gratitude to me every single day.”