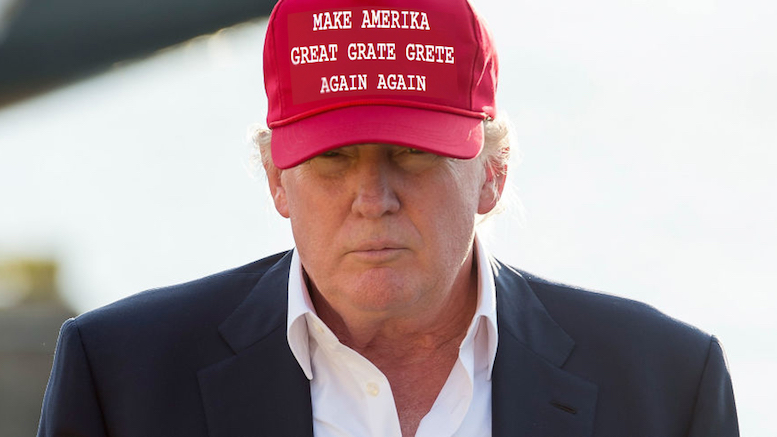 (The White House) After being in a buyant mood following his retweet of a theory suggesting the Clintons had Jeffrey Epstein killed in prison, President Trump has been feeling down today. Aides confirmed it was due to the lack of conspiracy theories placing the blame for Jeffrey Epstein’s demise on former President Barack Obama.

“He was so looking forward to retweeting that.”

However Trump has not found a good example to tacitly endorse. This is despite him spending the entire day scouring alt-right media sites.

“He didn’t even take time off for his other important activities – like golf, and more golf.”

He has put out word that he expects the tin-foil-hat brigade to step up their game.

“They’d better had as he also wants to retweet that Barbara Streisland, Rosie O’Donnell, and Sweden had Epstain killed in the coming days.”