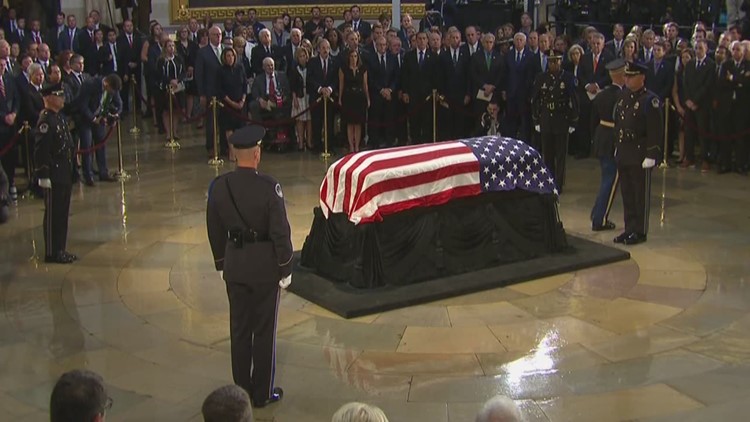 President Trump continued to hide his frustration with the late Senator John McCain today, whom he criticized for his lack of gratitude.

“I approved his funeral. Such a great funeral. But did he thank me? Not a peep, folks, not a peep.”

Supporters of the President readily lapped it up, saying it was ‘totally ‘wrong’ for McCain not to reach out with a simple thank you.

“All he has to do is pick up the phone.”

This is apparently not the first time Trump has taken issue with the lack of etiquette displayed by the deceased, which staffers say is always a problem whenever there’s a White House event related to African American history.

“He keeps asking us why Frederic Douglass didn’t accept his invite, and we are starting to run out of excuses.”