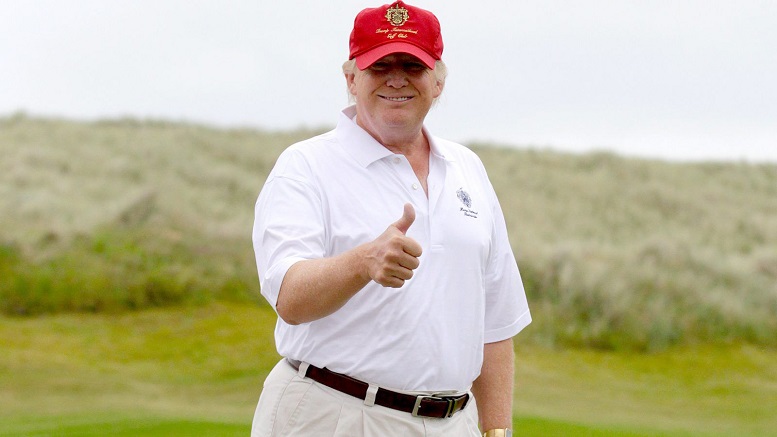 In a remarkable turnaround, leading Democrats have agreed to fund President Trump’s border wall in full, despite refusing to do so even in the face of a government shutdown.

“We are releasing the money as we speak, Mister President.”

Even leading Trump-troller Nancy Pelosi is reportedly in favor of funding the border wall this time.

“Give him what he wants. Right now. RIGHT. NOW.”

The novel negotiating tactic is said to have been inspired by Paris Hilton and Kim Kardashian, who demonstrated the power of releasing a sex tape.

“Or, in my case, the power that comes from not releasing a sex tape.”

The development is something of a revelation for the President, who has struggled to get his way much of the time.

“Threatening to expose the nation to my sweaty pumping body to get my way is great. So great!”