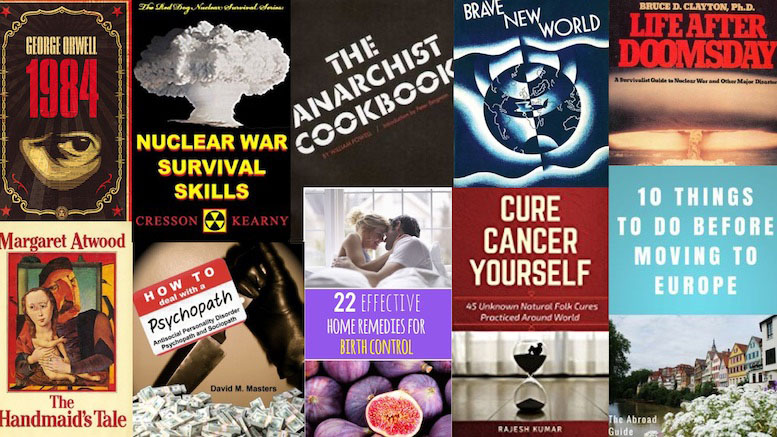 Though Donald Trump has proved to be many things already as President, it wasn’t expected that he would turn out to be one of the great educator Presidents. But he is being hailed as exactly that after inspiring Americans to take up reading again by the millions.

Trump even appears to have persuaded Americans to forgo the lighter fare promoted by celebrity bookworms like Oprah in favor of heavyweight classics by such titans of literature as George Orwell and Aldous Huxley.

His policies are also proving effective in educating Americans in more practical matters, with titles like “How To Deal With A Psychopath”, “Nuclear War Survival Skills” and “Cure Cancer Yourself” flying off the shelves.

Trump’s emphasis on reading is further enhanced by his determination to eliminate potential distractions like the Public Broadcasting Service, National Public Radio, and physician office visits.