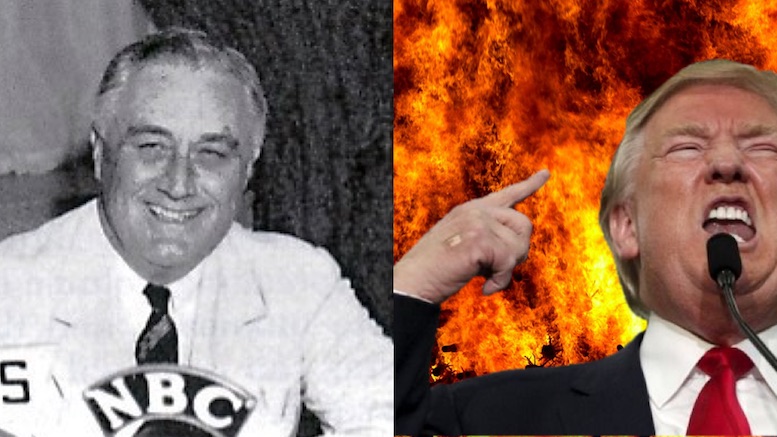 (The White House) President Trump proved he knows how to learn from the best in his latest initiative which channels legendary President FDR. It will take the form of a series of fireside rants in which Trump will speak directly to the nation in its living rooms.

Much like Franklin Delano Roosevelt sought to comfort the nation during the dark days of the Depression and World War Two with his fireside chats, President Trump will do the same every Sunday Night in an hourlong tirade of invective and finger-pointing.

As with the original fireside chats, Trump intends his fireside rants to have a strong personal feel to them, which he will achieve by selecting individual corporations, TV shows, and private citizens to be the objects of his abuse.

Sunday night was chosen as that was a time most people were at home, and because it would give the President time to decide which of the morning’s political shows would feature most strongly in his message.