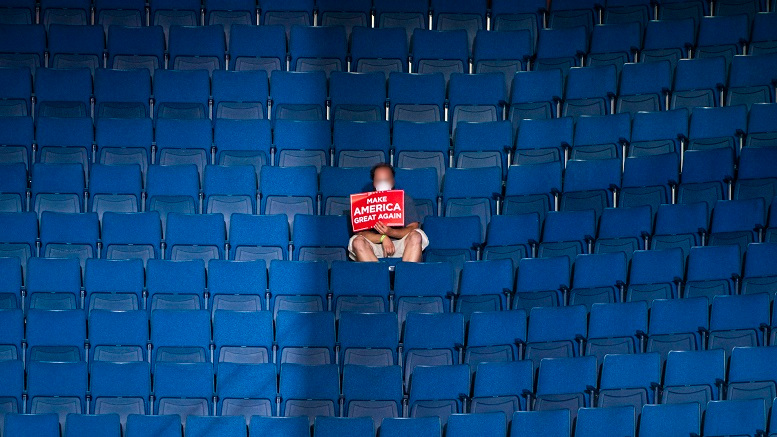 The Trump 2020 Campaign has announced the next campaign rally following a hugely successful debut event in Tulsa, with President Trump scheduled to hold a rally in Phoenix on Tuesday.

“His supporter there is very excited.”

Local officials said comprehensive safety measures will be in place to prevent any spread of the Coronavirus.

“The President and his campaign staff will maintain a six foot from the supporter at all times.”

There will also a be temperature check, and, if he’s running a fever, the supporter won’t be allowed inside.

“In that case a large outdoor space will be available for him to watch a live stream of the rally on a giant screen.”

The Trump Campaign boasted that they also have rallies scheduled for Trump’s supporter in a host of other states, though Democrats immediately accused it of inflating the President’s popularity.

“How do we know it’s not the same supporter moving from state to state?”