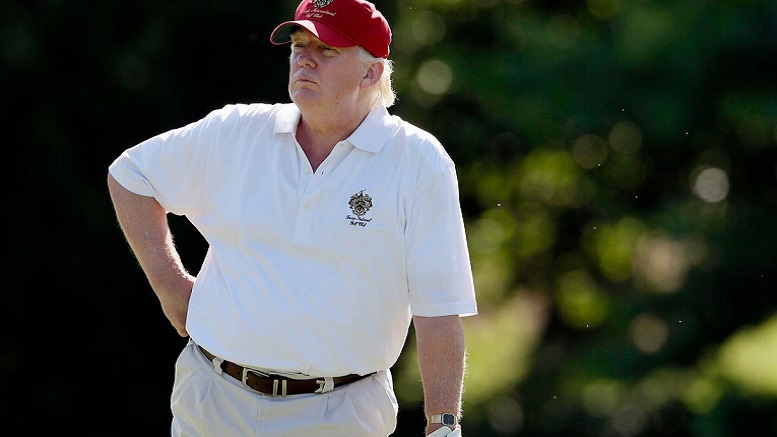 Saying the had never seen such a diligent and dedicated individual at work, a team of esteemed Presidential historians today declared Donald Trump to be the hardest-working golfer ever to sit behind the desk in the Oval Office.

They said nearly all of the nation’s Presidents have laid some claim to the honor, but President Trump puts previous White House golfers to shame.

“They all tried to some extent but the sheer determination President Trump has shown to be the best golfer he can be day-in and day-out is unparalleled.”

They are particularly scathing about the laziness of No 43., President George ‘Dubya’ Bush, who started out with such promise before fizzling out completely.

“Having begun well he then decides to stop golfing altogether one the Iraq War is underway because he deems it ‘inappropriate’. Fortunately this President doesn’t let the deaths of hundreds of thousands of Americans on his watch interfere with his dedication to the task.”

President Trump was also hailed for his modesty about his great achievement, which he consistently plays down like the humble man he is.

“He so modest he even praises President Obama for having been a much harder-working golfer than he is, when the truth is plainly the complete opposite!”