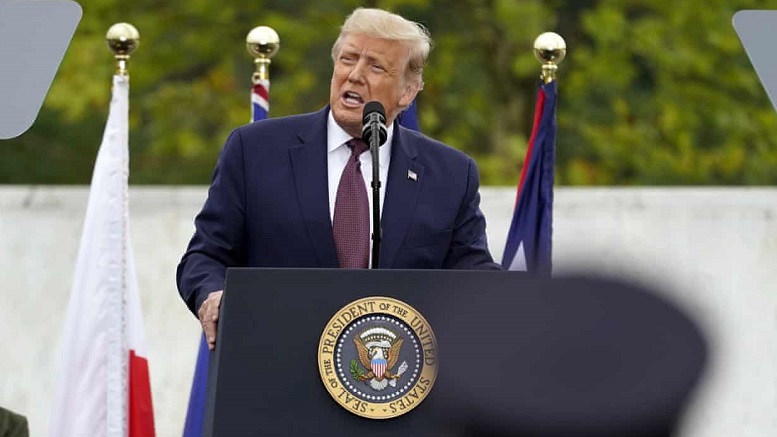 (Shanksville, PA) Speaking at the memorial site to Fight 93, President Trump paid tribute to the hundreds of first responders who paid with their lives on 9/11 after rushing up the burning Twin Towers to save others.

He also regaled the crowd with a greatest hits selection of his stories about how he personally helped out on that fateful day.

“I was there at ground zero throwing paper towels while people were still jumping. So risky!”

His address reached its emotional climax when he talked about how seeing the Twin Towers coming down was an incredibly moving event for him personally.

“It brought tears to my eyes when I realized I now own the tallest building in Manhattan. #ChokedUp”

He ended with a damning indictment of the deceased mastermind of the attack, Osama Bin Laden.

“This thoroughly evil man was fine with causing the deaths of thousands of Americans to serve his own narcissistic agenda. So wrong!”