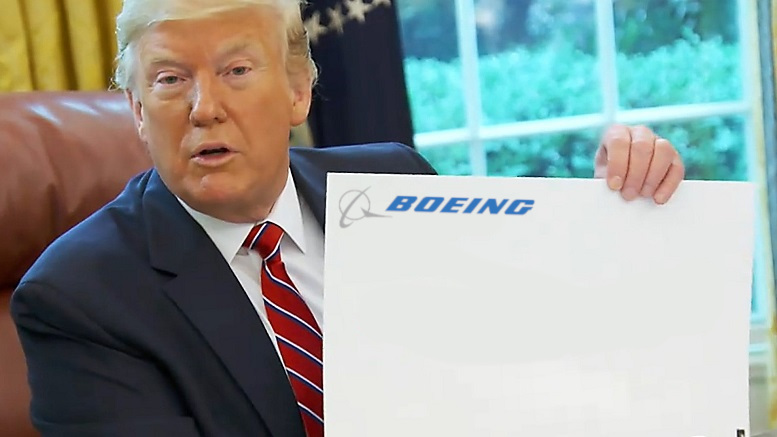 A day after revealing his Air Force One redesign using livery remarkably reminiscent of his own personal aircraft, President Trump has ditched it in favor of a new proposal made by Boeing.

“I love this design. It’s the best design.”

Saying they used technology from the F-35 fighter jet that the President was personally familiar with, the new design renders Air Force One completely invisible to the naked eye.

“Obviously this will cost a whole lot more, but the President has already approved the budget increase.”

In return, Boeing had promised to deliver a prototype for review within a year, though it will only allow it to be scrutinized from the outside.

“The interior will not be finished at that stage, and we don’t want to spoil to effect of seeing the completed product by letting the President inside the aircraft beforehand.”

They expect the final product to be delivered sometime after Trump has left office.