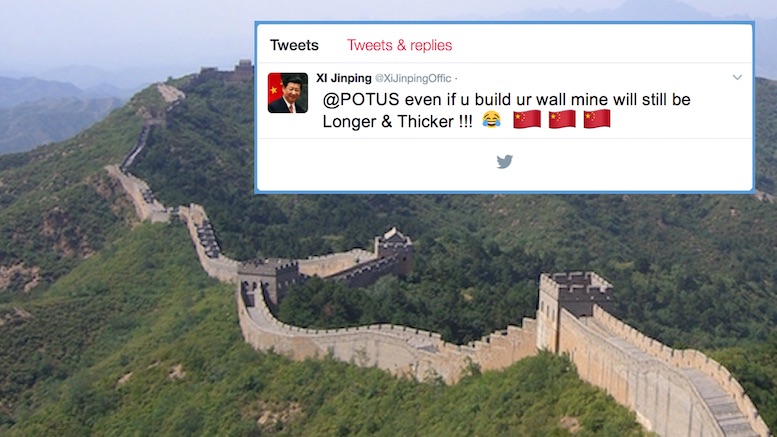 President Trump’s joy at getting started on his signature wall along the border with Mexico turned sour today after an aide let slip that it wouldn’t be the greatest wall ever built.

Before John Kelly could muffle him, the former history major – who is now fired – told Trump that the Great Wall of China is over six times longer at 13000 miles.

After consulting Wikipedia, Trump discovered that even if he walled-off the entire United States, including the east and west coasts and the border with Canada, his wall would still be far shorter than the Chinese structure, which is up to 30 feet wide in parts and can be seen from space

As if he wasn’t already angry enough, Trump became even more aggravated when Chinese President Xi Jinping learned how much it was bugging him and sent this tweet: