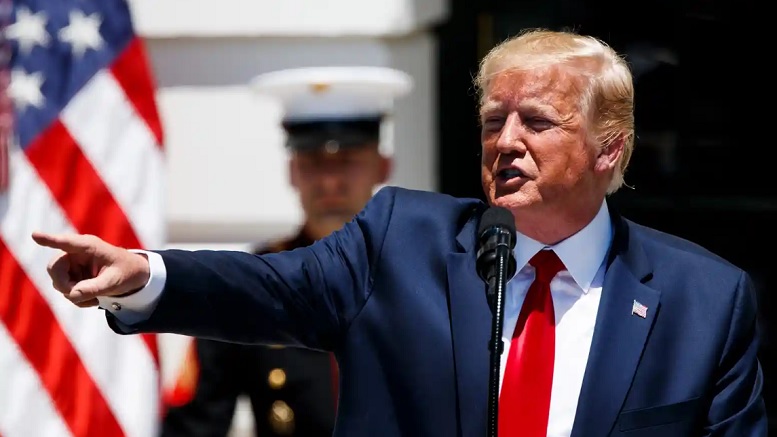 In a further bid to please his base, President Trump has made clear that the United States has one and only one official language – American.

“No language that originated in another country will ever be the official language of the United States.”

As proof of his resolve, he has issued an Executive Order that all signs in a language associated with any other nation be taken down, beginning with the highway system.

“If it leads to accidents I don’t care. It’s the fault of the people who dared to put up signs in a tongue that originated elsewhere in the first place.”

Though some people said the President was being hypocritical as he was speaking in Engligh as he said this, longtime critics came to his defense on this occasion.

“To be fair to President Trump, he cannot be accused of ever speaking English.”