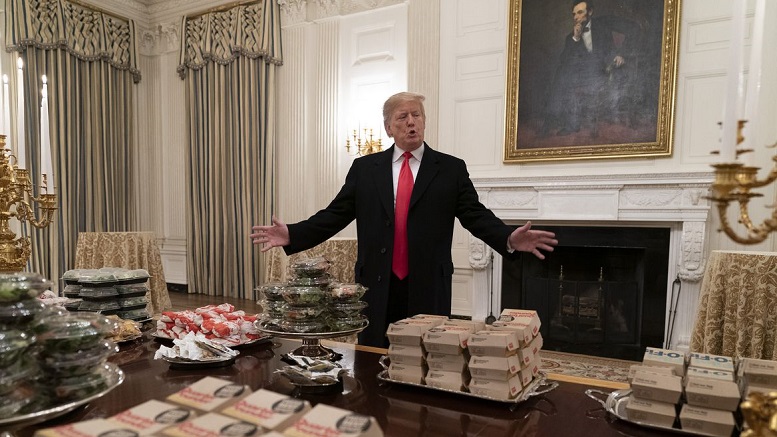 The Afghanistan peace deal appears to be back on following some uncertainty after President Trump held a call with the leader of the Taliban political office today. Trump commended them on their toughness and dangled the prospect of dining on burgers and KFC at the White House if they stuck to the agreement.

“There could even be some Arby’s and deep-fried mozzarella sticks in it for you.”

He dismissed concerns that the Taliban sightseeing in Washington DC could be provocative due to their history of hosting Al-Qaeda.

“9/11 was what – almost twenty years ago? I bet most people don’t even remember it now.”

Trump added that his perfect peace was beyond the capabilities of his predecessors, though he doesn’t understand why.

“I simply told the mullahs we’re leaving and invited them for a round of golf. How hard is that?”