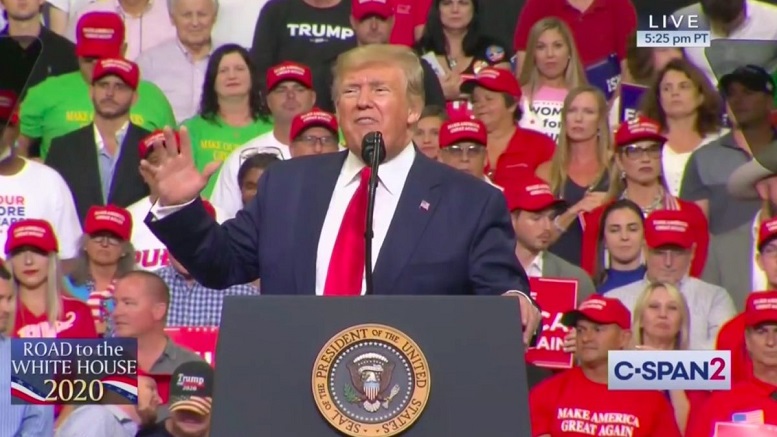 President Trump has launched his 2020 re-election campaign in Florida, with no sign that he is relaxing the pressure on Democrats. In a barnstorming speech, Trump ripped into Franklin D. Roosevelt, accusing him of being less than transparent with a treasure trove of deleted telegrams.

“The Faux News Media will claim they were kept secret because a World War was waging. Well I say Lock. Him. Up.”

Trump also tore into Woodrow Wilson, saying the League of Nations was a terrible idea and a complete waste of money.

“These people have no clue. What’s the worst that can happen?”

JFK came under fire, with President Trump accusing him of being weak, very weak.

“People say he was treated badly. But no-one has been treated as badly as I have. It’s a disgrace.”