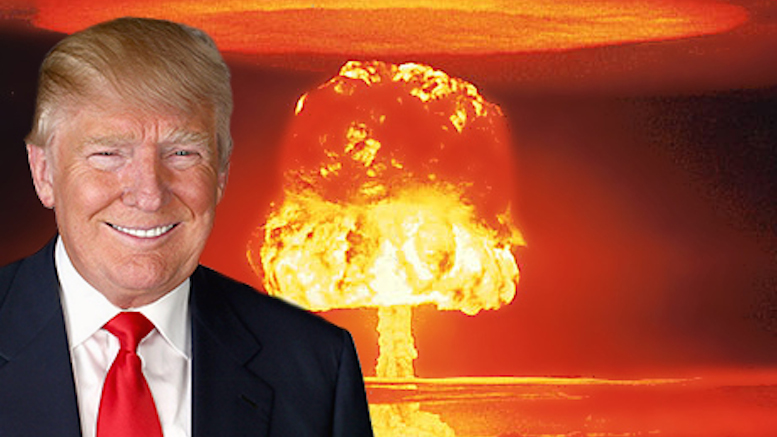 Donald Trump has responded to requests that he spell out when he would condone military action by the United States. He was particularly concerned to undo the damage he maintains was done when President Obama didn’t enforce his red line on the use of chemical weapons by the Syrian regime.

“I will always respond with force whenever a red line is crossed – or any other type of line – or if I feel like it because I happen to be bored.”

When asked if he would resort to maximal force like the use of nuclear weapons, Trump said that would only happen in extreme circumstances.

“Though if we have some top secret supercool weapons like space-based ray guns that I don’t know about yet, I will probably want to try them out on the first country whose leader remarks on my smallish hands.”

When it comes to the concerns of small NATO members like the Baltic states, Trump says he will repel any aggressor who violates their sovereignty.

“Unless they annoy me by being insufficiently deferential when asking for help, in which case I will bomb them instead.”

He added there were a number of additional scenarios under which he might feel compelled to initiate global thermonuclear warfare, like if it’s a Tuesday when he tends to be more irritable.

“I guess I just don’t care for Tuesdays very much.”