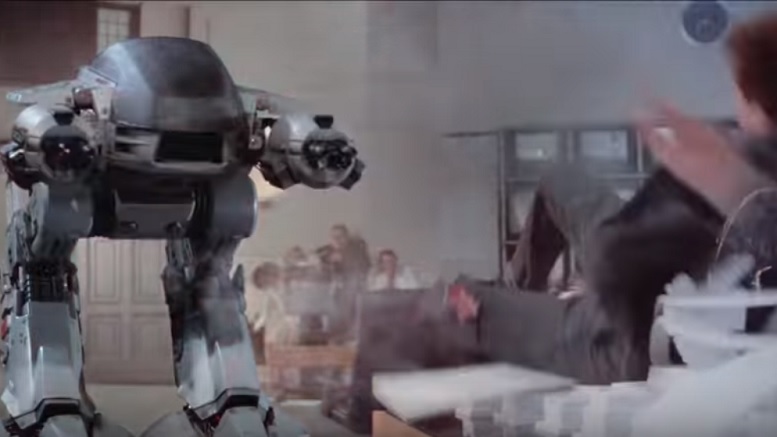 General Kelly is leaving the White House at the end of the year, meaning that speculation is turning to who might be his replacement, with Mike Pence’s current Chief of Staff in the running.

But President Trump, who is known for drawing talent from the world of entertainment he hails from, has another candidate in mind.

Trump claims the trigger-happy robot is just the one to shield him from distractions, and is not bothered by rumors of poorly understood malfunctions.

“Send it to Detroit for more testing first. Just get it done by the end of the year.”

Since the President is unlikely to be dissuaded by the fact that Ed-209 is only a make-believe robot from a movie, aides are already considering alternative that may satisfy him.

“The bear-repellent-spraying Amazon robot that send all those people to hospital can expect a call.”