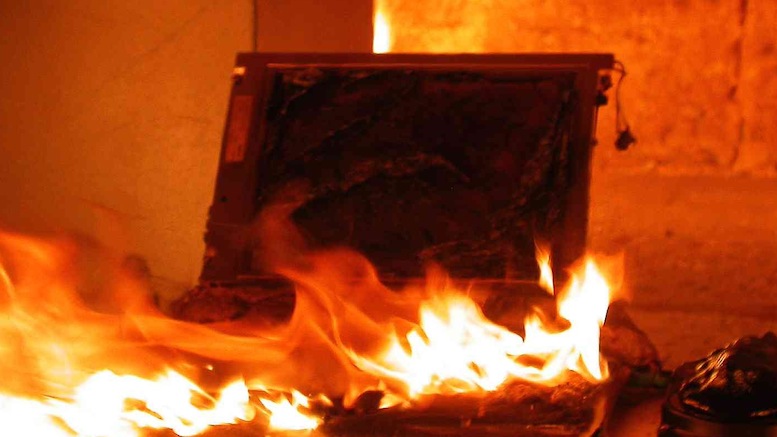 In response to Stormy Daniels passing a lie detector test, President Trump declared that he would counter it by taking his own lie detector test to prove he was never involved with the adult actress. However the exam has reportedly been abandoned after an equipment malfunction during an attempt this afternoon.

“It just blew up the minute he entered the room.”

The polygraph, which relies on the amplification of micro-voltages generated by physiological signature of untruthfulness, appeared to spike to dangerously high electrical level when Trump opened his mouth to greet everyone before being hooked up to the device.

“It shouldn’t even be able to draw that much power.”

Attempts to use a backup unit also failed, after the trace needles on it vibrated so violently that the polygraph shook itself apart on being removed from its case.

“The strange thing is we hadn’t even plugged it in.”