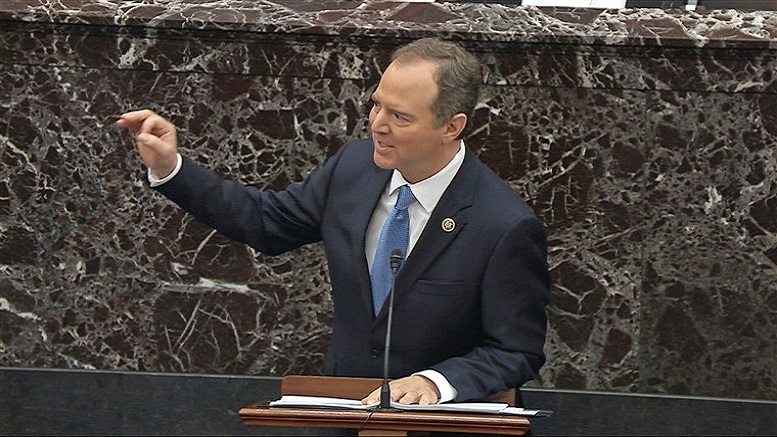 Lead House Manager Adam Schiff had no sooner finished presenting the case against President Trump in the Senate when he received word he had been appointed a Senior White House Advisor. The surprise elevation came after Schiff suggested Trump – if left unchecked – would sell Alaska to Russia if Putin desired it, move permanently from Washington DC to Mar-a-Lago on the taypayers dime, and let Jared Kushner take over the dull day-to-day business of running the country.

Trump is especially keen to hear what Schiff thinks he might do in the future viz-a-viz immigration and trampling on the Constitution.

“He’s saying this is even better stuff than what Stephen Miller comes up with or Steve Bannon did back in the day, which is high praise indeed.”

With the 2020 election picking up pace, Trump said he is keen to tap Schiff’s brain as soon as possible to help develop the platform he will run on.

“I’m hoping he has some good insights on how I can be even more racist and demagogic in my second term.”