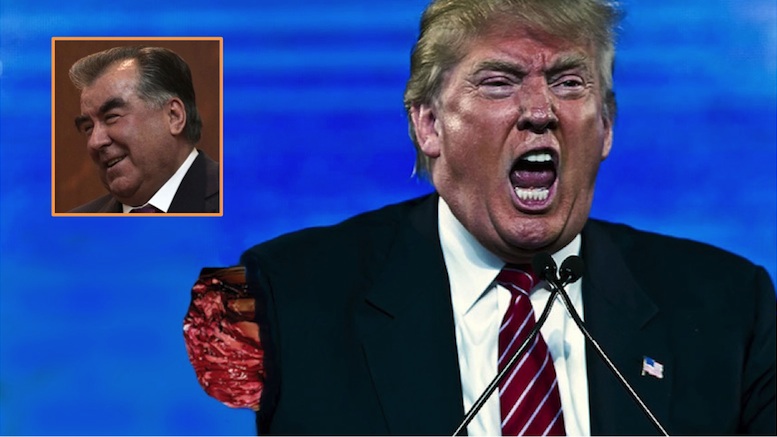 President Trump is one limb less than last week following a meeting with President of Tajikistan, Emomali Rahmon, in which Trump tried to impose his trademark handshake on the Tajik hardman.

“We’re playing this game, I see,” uttered Rahmon who proceeded to grab Trump’s entire arm and rip it from its socket in one swift action.

Tajik said later he was sorry for what happened but that it was Trump’s fault for pretending he knew how to shake like a man when he clearly didn’t.

The arm was last seen being carried away by one of Rahmon’s hounds that did not appear interested in giving it up.