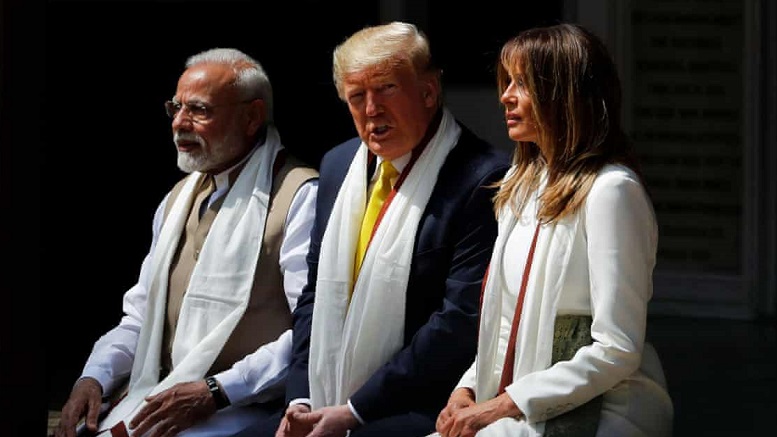 The state visit of President Trump to India is said to be off to a great start. However that is being threatened due to a perceived slight Trump says he is not pleased about regarding the behavior of his host, Prime Minister Narendra Modi.

“He says he’s my friend yet he hasn’t offered to smoke his peace pipe with me? Wrong!”

Trump was also unimpressed with some of the sites he’s been shown, as he believes he’s not being brought to see the best ones.

“Where are the wigwam villages? And how about a smoke signal demonstration?”

He is all the more hurt as he felt he would be naturally accepted by India due to their common interests.

“We both are heavily involved in casinos so you would think they would treat me more as one of their own.”