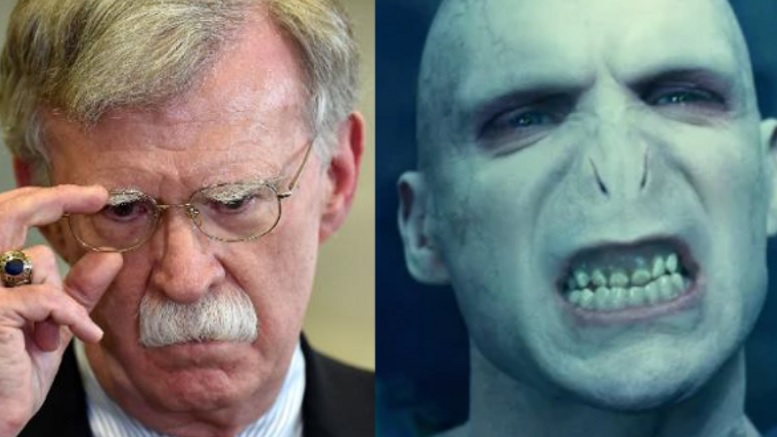 (The White House) President Trump has said goodbye to his National Security Advisor John Bolton, saying he is no longer a good match for the message the administration wants to project.

“With an election looming, obviously Trump want to project a softer image.”

Bolton’s replacement, Lord Voldemort, said he is looking forward to his new position according to political observers.

“This sends a clear message to the world that President Trump wants to adopt a softer more empathetic approach going forward.”

Things could be a little rough around the edges at first, particularly since people are loath to mention the new National Security Advisor by name.

“Officially he will be known as the Other Dark One, with the main Dark One of course being Stephen Miller.”