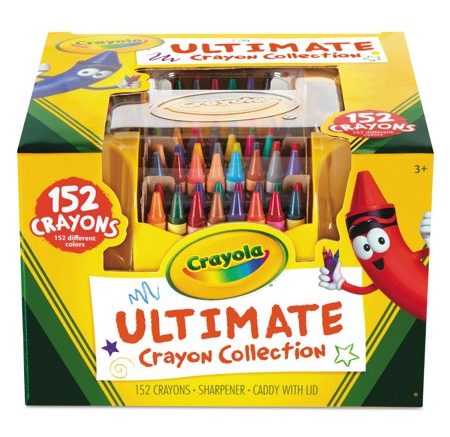 (The White House) A special delivery of a box of Crayola 152-piece ultimate collection crayons is being seen as confirmation that President Trump is serious about writing the story of his life in office to refute the critical versions others have presented.

Though Presidents usually wait until they’ve left office before writing their memoirs, Trump says his situation is special due to the vast conspiracy against him and the fact he could be out of office very shortly.

Trump plans to set his maximum attention span of 5 mins aside every day to work on the magnus opus, and has a special area set up with an easel and crayons in ‘all the colors’. An etch-a-sketch is also available for roughing out ideas.

The first volume is intended to cover the election campaign and his first year in office with chapters titled “So wrong!”, “It’s all Obama’s fault”, and a very long one simply titled “Feuds”.