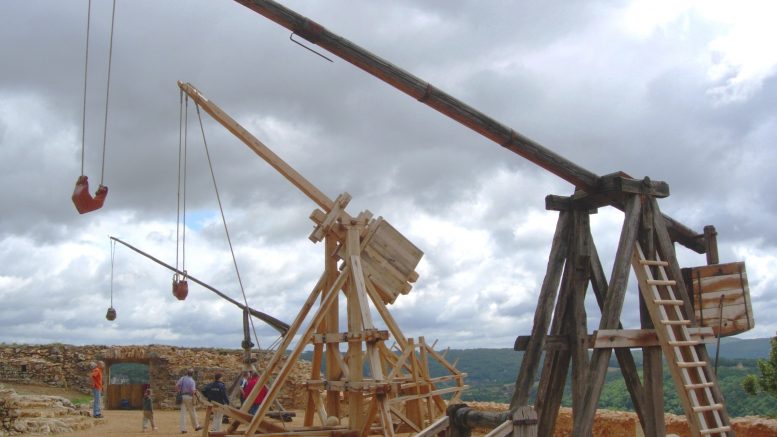 President Trump said today he is determined that deportations of those who enter the United States illegally proceed quickly, without waiting for court proceedings motorized transportation.

“We’re going to use catapults because that’s the fastest way. It’s going to be so fast. Very very fast.”

Trump insisted that he would not repeat the mistakes of the past that caused a huge backlash, even from the occasional Republican.

“I have ordered that families be launched together, but if they separate while still on a parabolic trajectory through the air that’s not on me.”

Others, however, have cast suspicion on claims that Trump really said this.

“Suggesting we load human beings in catapults sound plausible, but using words like parabolic and trajectory is not something this President would do.”