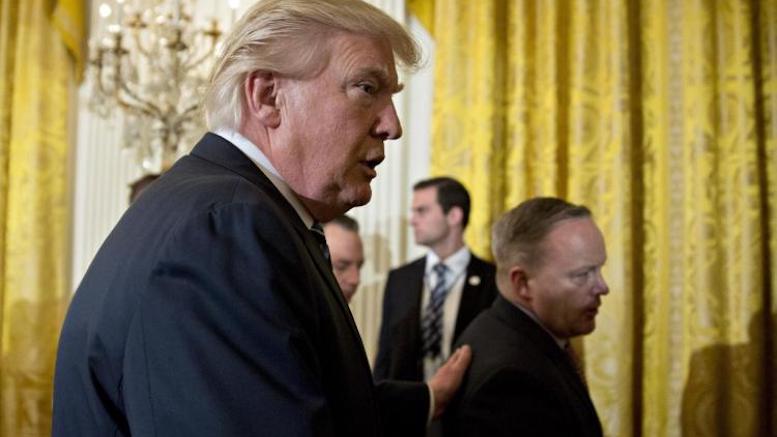 (The White House) Any hopes that Donald Trump would exercise restraint in using the power of the Presidential Pardon appeared to be dashed today when he pardoned his outgoing Press Secretary.

“I hereby pardon Sean Spicer for any and all illegal acts he may have committed in obtaining a compact device to maintain snack foods and beverages at lower than ambient temperature.”

Many were surprised that Trump would do such a nice thing for Spicer given how cruel he has been to him in the past, though cynics say this way just a convenient opportunity to test to waters for pardoning other members of his administration for more serious transgressions.

“This was a nothing but a trial balloon.”

This abuse of power has already had unintended consequences, with senior Republicans blatantly steeling mini-fridges, tablets, and bicycles from impoverished staffers, safe in the knowledge that they will be pardoned for their crimes.