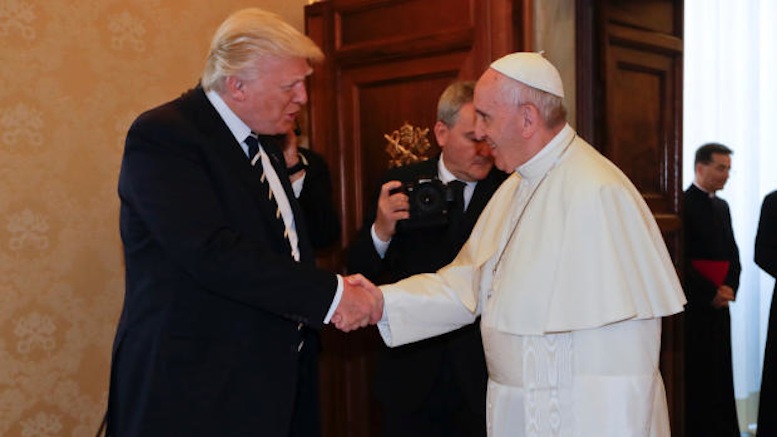 (Vatican City) What started out as a very stiff and awkward meeting between President Donald Trump and Pope Francis became more relaxed and friendly today after the two discovered they shared a common interest in subjugating the fairer sex.

The thaw began when Trump made the observation that the Vatican seemed like ‘one hell of a sausage party’.

After seeking clarification on the meaning of the phrase, the Pontiff explained that was because males held a privileged position in the hierarchy of the Catholic Church and occupied all the important positions.

“The same with my Administration!” exclaimed Trump, and relief swept the room as the two men finally bonded.

Trump then congratulated the Pope on getting his uppity wife and daughter to don veils – something not even the Saudis had managed to do.

“Clearly I have much to learn from you, Your Holiness.”