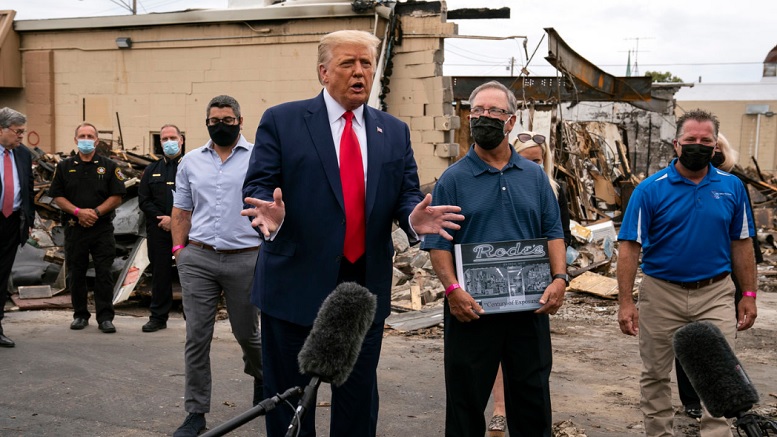 (Kenosha, WI) President Trump today promised he would make good on fixing an important issue brought to his attention by the death of George Floyd that he recently discussed in an interview with Laura Ingraham. Trump recounted how watching the video of Floyd’s death moved him to tears as he thought how awful it would be if someone he loved or was reasonably good golf buddies with choked on the verge of making a birdie. He pledged to personally take charge of addressing this ‘terrible terrible problem affecting our country’, telling his audience they can rest assured that George Floyd did not die in vain.

“As a direct result of George’s tragic demise, millions of people’s short game will improve.”

Trump said that he will make good on his promise as soon as possible by diverting billions of dollars to create golfing academies to make choking on the green nothing more than a bad memory.

“Fortunately I have already identified a number of world-class golf resorts ready to accept this funding and get started straight away.”

He also addressed the local incident that directly sparked protests in Kenosha in which Jacob Blake was hit with seven police bullets in the back.

“I hate to see bad shots like that, and that goes double for a slice or a hook.”