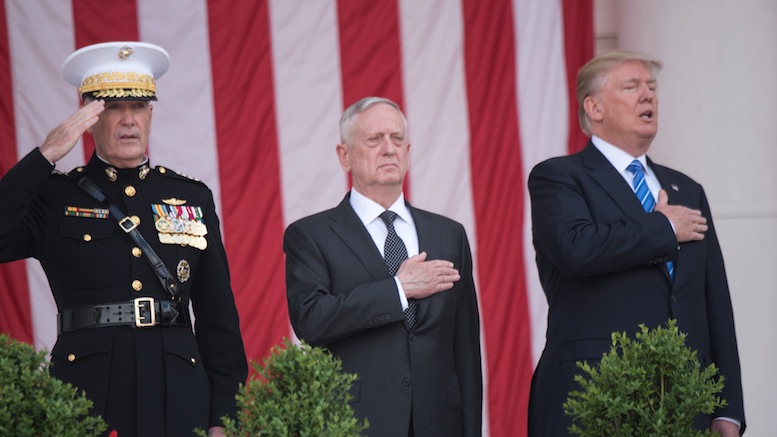 In a ceremony in the White House today, President Trump officially conferred the rank of ‘Rabid Dog’ on his Secretary of Defense, General Mattis.

Trump had initially selected the four star general to serve in his cabinet on the basis of his ‘Mad Dog’ status, but says he now needs a higher rank so he continues stand out in the administration, which now includes the like of John Bolton.

“I look forward to General ‘Rabid Dog’ Mattis getting more aggressive on Syria and helping me take out Animal Assad.”

However, Trump’s new nickname for the Syrian President appeared to have backfired, according to a close associate.

“Bashar is very pleased to be compared to his favorite drummer.”