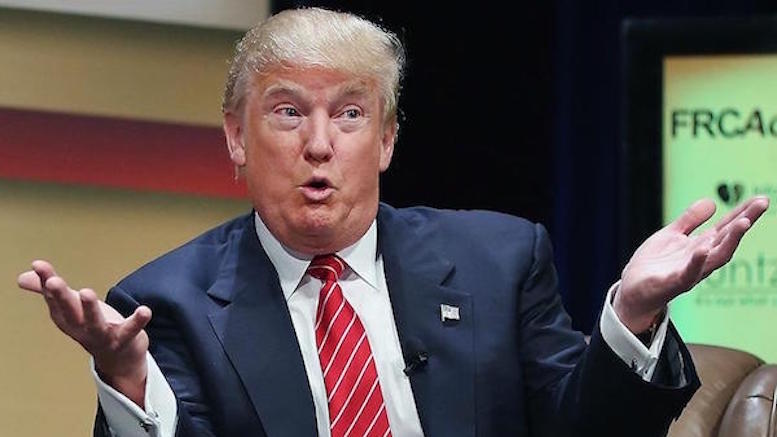 Everyone knows hurricanes – like lightening – never strike the same place twice, which is why President Trump says the next big hurricane will drive water into Mexico which will then flow into the United States.

“Fortunately I am ready and willing to protect you from this aquatic menace.”

That’s why Trump is proposing to construct a 20-foot waterproof wall all along the US-Mexico border to protect against storm surges swamping the Border States.

“And since the water will be entering the United States from their territory, Mexico really ought to pay for it.”

While most experts would recommend focusing on major metropolitan areas that are hardest to evacuate in the case of an emergency, Trump refuses to discriminate against rural communities, saying it’s only fair that everyone along the border should have the same protection.

“Whether you live in a built-up city like El Paso or in the middle of nowhere in southern New Mexico, I will protect you from flooding via Mexico.”

Trump says he thought of the idea after seeing the devastation in Miami, and dares politicians of any stripe to oppose him.

“Anyone who doesn’t support my flood barrier obviously doesn’t care about what happened in Houston and Florida. Shame on you!”