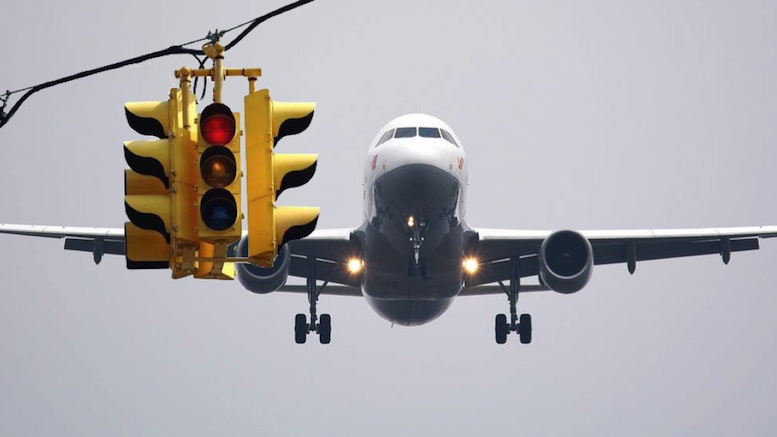 President Trump unveiled a bold new inititive today to replace the current Air Traffic Control system that is run by the FAA. Describing it as hopelessly antiquated and expensive, Trump instead proposes using traffic lights, which will be funded with tollbooths and billboard advertising.

Even complicated scenarios, such as when two or more planes approach an airport at the same time, can be handled using procedures familiar to anyone who’s gotten behind the wheel.

Trump unusual approach is being well-received by his supporters, many of whom have never been on a plane before. He is, however, finding resistance in certain quarters – including a vocal subset of his supporters who don’t believe in traffic lights even on the ground, all commercial pilots, and anyone who has ever flown or lives near an airport.

“The only think I could think of that could be worse would be handing over the conventional Air Traffic Control system to the private sector.”

What is covfefe? Am I covfefe? Can Sean Spicer spell covfefe? If these are the burning questions on your mind then you need to get Covfefe: Prince of Words, A History Of The Most Important Lexical Advance Of Our Time.