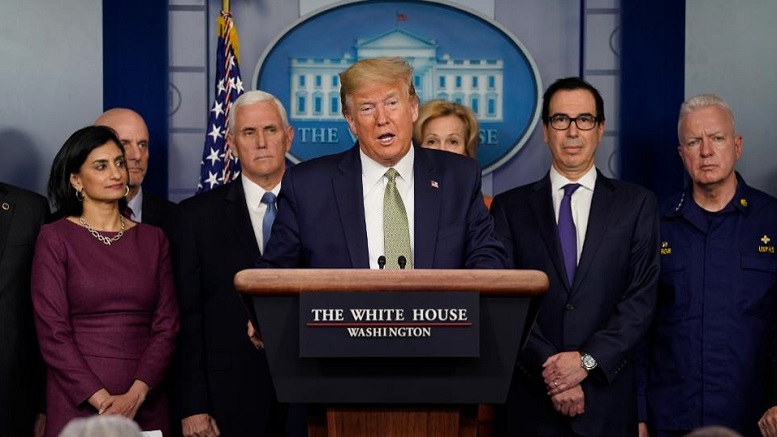 (The White House) President Trump has said it is imperative that the economy not be allowed to fail and that the quickest way to prop it up in the face of the coronavirus slowdown is to get money into ordinary people’s hands as soon as possible.

“That I why I am proposing to give everyone who voted for me $1000 immediately.”

If passed, the proposal is expected to provide an immediate boost to gun manufacturers, sellers of USA-themed clothing that violates the Flag Code, and Bob Evans restaurants that refuse to close down. Those looking for the cash will have to prove their eligibility either directly, or, in the case that isn’t possible, by providing evidence they are highly likely to have pulled the level for Trump in 2016.

“An established history of racist social media posts blaming Obama for everything qualifies.”

However turning up with a Trump bumper sticker on your Volvo that could have been put there simply to get the cash is not likely to work.

“Once we check the CDs in your glove compartment and find Arcade Fire instead of Ted Nugent you’re busted.”