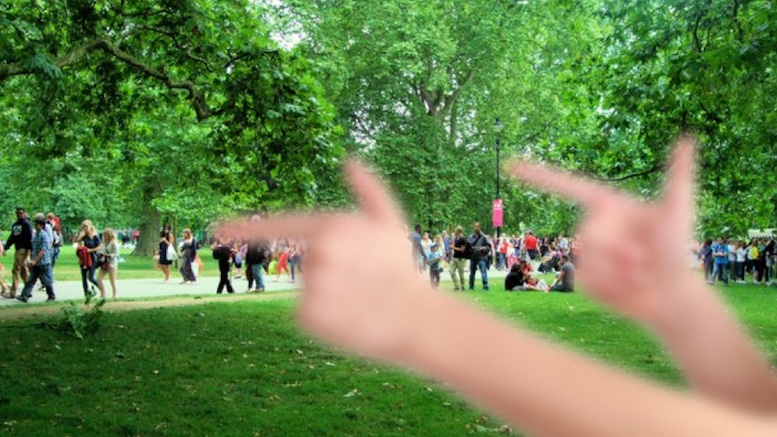 Following the latest mass shooting incident in Texas, President Trump has claimed these tragedies have everything to do with mental illness and absolutely nothing to do with guns, prompting widespread criticism of him as a pawn of the NRA.

Sadly, the President was proved to be all too prophetic today, after the highest mass murder in US history occurred when a child ran amok in a crowded park going ‘Pow Pow’ with his fingers. Unsurprisingly, his mother is on record describing him as ‘acting like a nut half the time’.

After getting bored of killing people point blank using imaginary pistols, the deranged preteen extended his left hand and pulled his other hand in close, leading to panicked cries of ‘He’s pretending to have an assault rifle!’.

Witnesses who survived the carnage described the perpetrator as rocking back and forth rapidly, which experts believe is because he imagined he was using a bump stock, thereby causing the casualty rate to skyrocket.

An acquaintance of the boy is being lauded for trying to take the shooter out using a powerful raygun he improvised with a stick he found. However, he quickly realized the risk of hitting others or distracting the police was too high, so he climbed a tree instead.

Authorities say the suspect is still at large and anyone encountering him is urged to use extreme caution, as he was last seen throwing imaginary grenades after pretending to pull the pin out with his teeth.