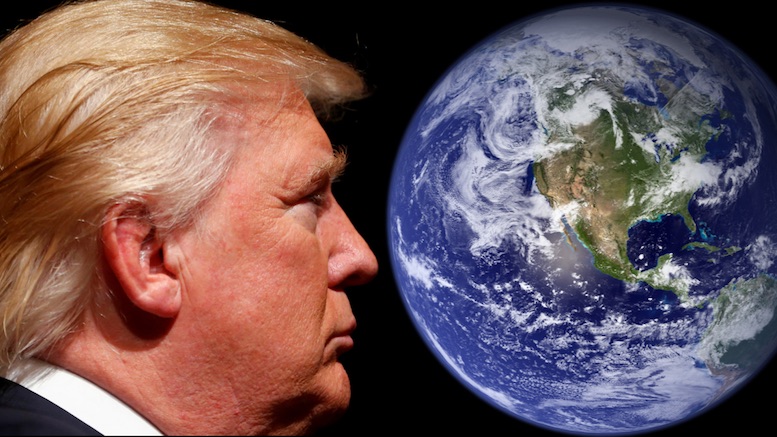 Despite intense pressure not to do so in the face of ever more dire predictions concerning global warming, President Donald Trump has reaffirmed that the United States will not join the Paris Accord on limitations to mitigate climate change.

Trump reminded everyone that he is the “Dealmaker in Chief” and that the current agreement was totally one-sided, with all the nations expected to make concessions up front, while planet Earth is given years or even decades to meet its targets.

“I don’t know about you, but that is not how I do business”

The President has stated he will instead negotiate a better deal to replace it.

“In my plan global warming will be required to slow down straight away as a gesture of good faith.”

Trump says his position is strengthened by NASA’s recent discovery of several planets similar to our own, meaning planet Earth is no longer the only game in town.

“There’s a word for that, folks, and it’s called leverage.”