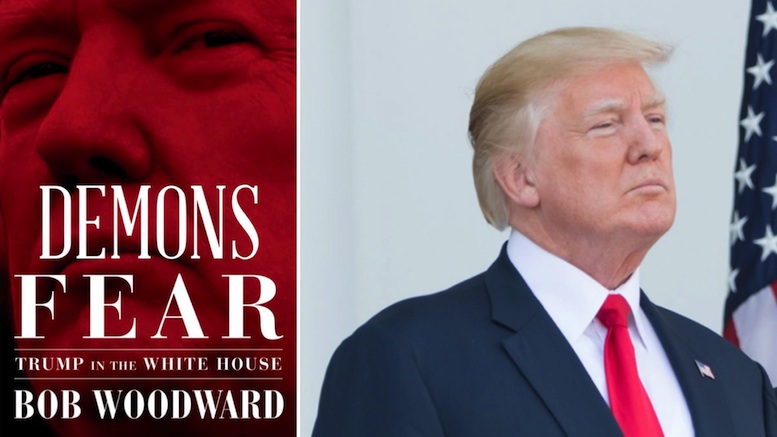 (The White House) Aides to President Trump responded to inquiries today regarding his opinion on Bob Woodward’s new book “Fear: Trump in the White House” by saying that the President was preparing to totally lose it in person and on twitter in the near future.

“He hasn’t forgotten to make a huge deal of this at the expense of governing the country, don’t you worry.”

An advance copy has made it into the President’s hands, and he has already spent some time studying the picture on the front cover.

“It’s even conceivable that he may have recognized some of the words in the title all by himself, like his name for instance.”

Though Trump is aware from cable news reports on the book that it is far from flattering, staffers say he wants to have it read to him first so he has a clear understanding of just how much he should overreact.

“He wants to get this tantrum right.”