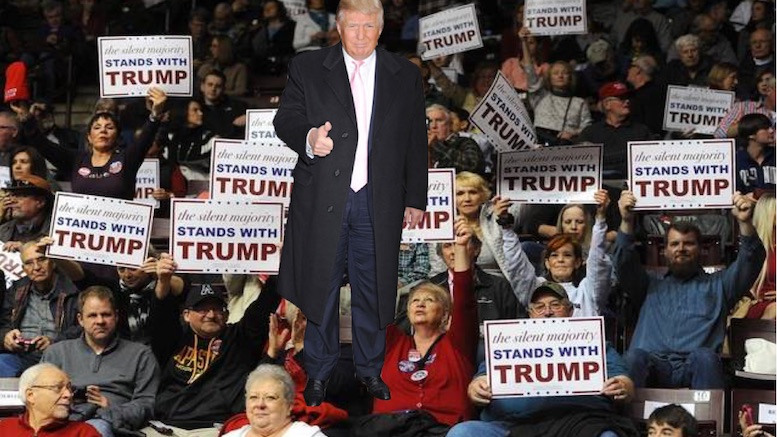 (Indianapolis, IN) As he embarks on a “Thank You” victory tour of the rust-belt states, President-elect Donald Trump has let it be known that even the theory of gravitation as developed by Newton and Einstein holds no sway over him. In a tweet sent early this morning, he indicated that he regards gravity as yet another conventional norm he simply refuses to abide by.

“If I want to float freely in defiance of the fundamental laws of physics I will. Believe me.”

Trump wasted no time making true on his words by levitating effortlessly above cheering crowds at a Carrier plant in Indiana where he has struck a deal to keep jobs in the United States, albeit by offering tax breaks and other concessions.

“They told us we could never win and we did. They told me these jobs were going to Mexico and now they are not. Some physicist told me I can’t remain suspended in the air without an equal and opposite force to counteract the gravitational pull of the Earth. But here I am, folks. Here I am.”

When asked if Trump would change water into wine next, former campaign manager and close confident Kellyanne Conway was dismissive.

“Donald Trump is an original. He doesn’t copy someone else’s act.”