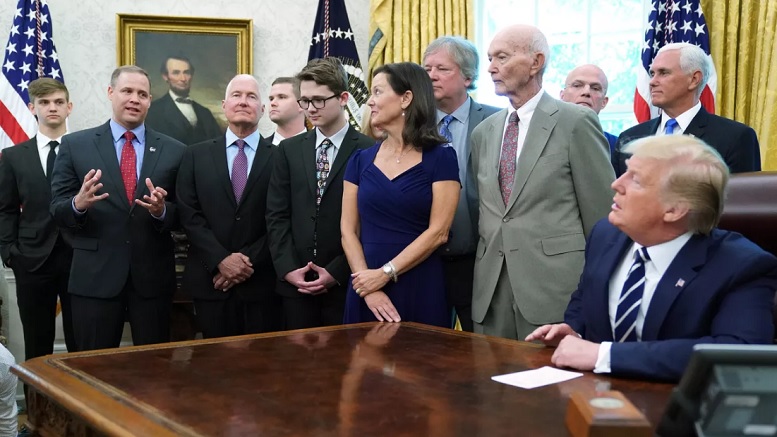 President Trump took the opportunity during a celebration of the 50th anniversary of the first Moon landing to interrogate a NASA official regarding sending a human to Mars.

“Why can’t we just teleport straight there instead of teleporting to the Moon first.”

Trump became visibly frustrated as the official tried to explain that there was no such thing as teleporting.

“But I’ve seen it many times.”

After clarifying that the President had seen it on Star Trek, the official finally got his point across that teleporters don’t exist yet.

“Fine. We’ll just have to use the hyperspace button but who knows where the spaceship will end up!”